Lumos from Eufy is Smart Bulb which is a White, Soft White (2700K) 9Watt LED unit, which connects and operates Eufy app and integrates smoothly with Amazon Alexa & Google Assistant. This came with Orange Happy card similar to the Parent company Anker's Blue Happy Card, Specification, and User manual on setup. This is a dimmable LED smart bulb and works efficiently with the dimming option on the eufy app. Product mentions 800 lumens of brightness and works great for small to medium rooms. Set up was very easy - install the bulb on the bulb holder power socket, use the Eufy App on iOS (also tested with Eufy Android), connect the Lumos bulb to Wi-Fi for internet access using the Eufy App and then control the bulb from the Eufy App. After the first time setup, the app prompted for firmware upgrade for the smart bulb, and this was quick, may be 2-3 minutes. Integration with Amazon Alexa and Google assistant is easy. From Alexa and / or Google Home app, search and enable the skill (on Alexa) or Add Device from Google Home and enable the authentication with the Eufy with the user credential used to setup the Lumos initially. We use Google Home & Mini, Echo and Fire TV, and these devices provide easy voice access to control the Lumos. Bulb remembers the dimness level when turned off and on, so need to change the brightness it is required to instruct the voice assistant or schedule the brightness with Eufy App.Best part for this smart bulb is it does not need a separate hub, and works directly with the Eufy app. using voice assistant (google and amazon), am able to turn ON, oFF the light as well as dim / brighten the lighting which is pretty convenient considering I use it for the bedroom. App has options on Favorites to set with specific brightness, has schedules when the bulb can turn on or off. Need eufy to enable the Sunrise / Sunset option for the app, would be awesome. As long as the Lumos is connected to internet via Wi-Fi, we can control it over the Wi-Fi as well as over the app over Cellular LTE connection (yaayy!!!). With the schedules, it is easy to set the wake up time for morning as well as for night time, with reduced brightness (dimming) with the app. There can be up to 10 schedules which may be configured, I have done only 3 and meets my requirement. With the sharing option, have given permissions to my wife to control the bulb from her phone as well. App has the favorites option, which lets you add options for brightness levels and quickly apply the setting, with up to 30 favorite light settings, 3 to 5 settings suffice for most people, I myself have only 3 favorites set for 1% (completely dim), 50% and 100% (brightest). There is separate option called as Away mode, when the bulb turns on or off randomly for the set duration, good security feature to keep people guessing you may be at home when actually you are not at home, with repeat settings.I have attached some pictures for the Lumos bulb and pictures from the app itself. This is pretty good for people wanting to invest in Smart Homes, and looking for voice based activities.


Note: Make sure you have 2.4GHz Wifi setup ready and available, and have your phone, eufy Lumos close to your home Wifi Router when you set up for the first time, this really helps speedup the setup!

Writing the review for Anker PowerWave+ with Watch Holder, do let me know your thoughts / inputs in comments 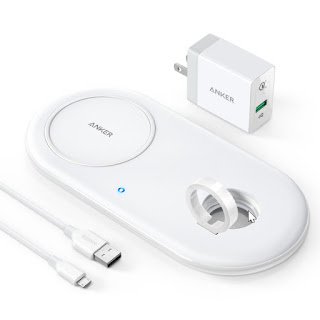 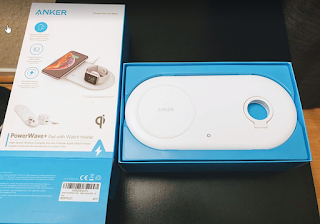 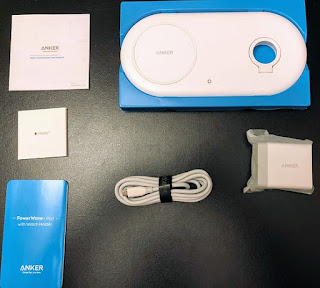 First thing which comes across a highlight when you open the box is the looks and build of the PowerWave+ Pad, has a fine appearance and finishing. PowerPort+ Wall Charger looks like a solid block, matches the color aesthetics of the pad, has fold-able power prongs. Watch Holder has a nice clear cut out from the pad. PowerWave+ pad has the large round charging Pad for iPhone on the left and Watch holder is on the right side with LED Charging indicator in the bottom center of the face, properly spaced for ease of placing both iPhone and apple watch. There is no charging indication on the PowerPort+ wall charger. Source Input 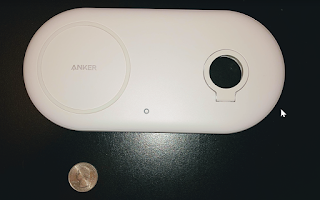 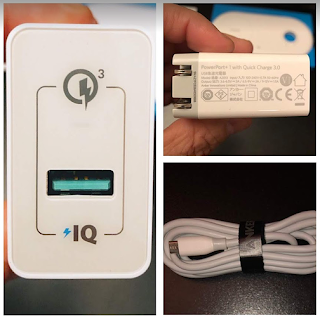 Setting up the PowerWave+ Pad
The pad opens up easily with it flipped, there are directions shown on the pad to open it, with the flap coming off easily. It has Smart Cable management system helps avoid cable tangle, designed well to wrap the cable within the case and the Apple Watch Charger Dongle fits perfectly within the holder.

Tested the PowerWave+ Pad with Apple iPhone 8 (iOS 12.2) & Apple Watch Series 3 (WatchOS 5.2). Charging the iPhone & Apple Watch were simple, with the PowerWave+ pad connected to the PowerPort by the provided Micro-USB cable. The Charging LED light is not too bright, does not distract at night. Have charged both my iPhone and apple watch simultaneously, using up single power source, saving need for additional wall power socket as well as side table space. Had to remove my phone case (which has metal plate for car dashboard magnetic holder), was worthwhile to keep the case on initially - the LED light kept flashing while charging, indicating the phone was not charging, removed the case later to set it to charging. Apple Watch charge well with the holder popped-in. Pop-up of holder makes it double up as night stand - though I don’t use this much, want the room as dark as possible

I place watch on the charger laid down flat. The sleek, lean design makes it convenient for travel.

Need for Improvements for PowerWave+ Pad